Despite strong support on LEGO CUUSOO, the Macross project could not happen for one big reason. While only one project ended up making the cut on LEGO Ideas a long running dispute over who owns the rights to the Macross franchise in the United States has stymied the franchises development outside of Japan and especially in North America. While Macross was developed in Japan, its international distribution rights were sold to American company Harmony Gold, which is best known for releasing the Robotech adaption of the anime in the United States.

Harmony Gold has proved hostile towards the importation of Macross related products from Japan and still claims ownership of the international license, despite ownership technically belonging to Japanese firms Studio Nue and Big West. These owners of the Macross franchise have not challenged Harmony Gold putting things in a state of status quo ante bellum. Thus, partially for this reason, LEGO shelved the idea of a Macross set due to simply too many legal hurdles to jump through or rights and licensing holders to deal with.  LEGO likely will not just release a Macross set in the market where it would be easiest to do so (Japan), and ignore the rest of the world. But one can hope, that some day soon, intellectual property disputes will be a thing of past and LEGO and Macross fans everywhere can get their hands on a set of a VF-1_Valkyrie.

Pictures of the upcoming DX Chogokin VF-171 Nightmare Plus have appeared on Tamashii’s website. The nearly 10 inch tall figure of the Variable Fighter from the Macross Frontier anime transforms from fighter mode to GERWALK mode to Battroid mode and features die-cast, in addition to plastic parts. 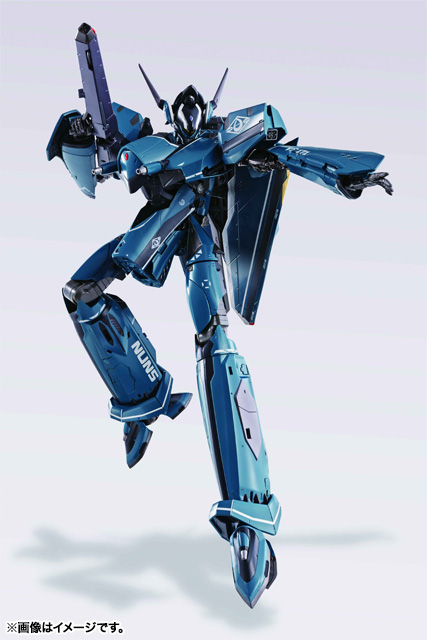 So you have decided that you want to build a mecha? Watched a little bit too much Gundam or Macross and just wished those darned mechanical monstrosities would come to life? If buying or building an actual mecha is not feasible, why not make your own model, perhaps out of a variety of plastic construction blocks and bricks? Building a mecha (or at least a scale model) can be quite practical and as simple as you want it with construction block sets. Lets take a look at a few different construction block kits that allow you to build your own mecha model below: END_OF_DOCUMENT_TOKEN_TO_BE_REPLACED 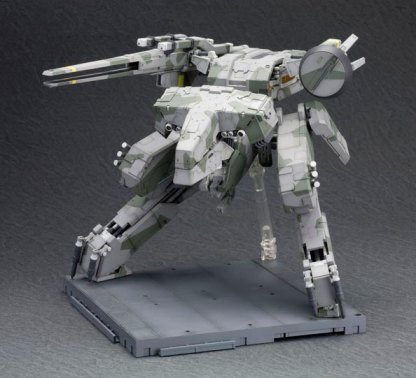 Metal Gear turns 25 this year and what better way to celebrate the occasion than with the release of a Metal Gear REX model kit. Made by Kotobukiya, the model stands roughly 8.5 inches tall and is in 1/100 scale.

END_OF_DOCUMENT_TOKEN_TO_BE_REPLACED

Turing one masterpiece into another, talented cuztomizer autobotx23, has taken a Yamato VF-1 Valkyrie model and converted it into a Masterpiece Jetfire. Both the Valkyrie and Jetfire figures trace their roots back to the same mold, which was used to make representations of the two during the early 80s. Jetfire, an Autobot, is one of the most prominent characters in the Transformers franchise while the Valkyrie, is one of the most iconic mecha from the Macross anime. To view the original figure, which was released in 2010 and stands over a foot tall, check out Yamato’s official page for VF-1.

Building upon Japan’s continuing obsession with life sized anime vehicles, a 1:1 scale Macross VF-25 Valkyrie, along with a variety of characters from the franchise will be on display across Japan. Featuring life sized characters of Lynn Minmay, Sheryl Nome, and Ranka Lee, the Macross exhibit celebrates the 30th anniversary of the franchise and was recently on display until early May in Ikebukuro, Tokyo. Expect to see the exhibit next in Nagoya, where it is set to go on display from June 1st to the 3rd.

Two iconic mecha from two iconic anime franchises have seen creations inspired by their likeness gain significant traction on LEGO CUUSOO. A Mobile Suit Gundam RX-78 and a Macross VF-1 Valkyrie have both been well received on CUUSOO with the later having garnered more popularity. 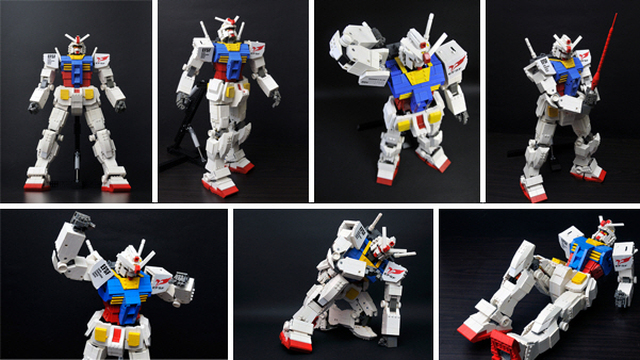 While both projects still need to gain 10,000 supporters each, the VF-1 Valkyrie has already has already garnered an official comment from LEGO. Hopefully, at the very least, Japanese support can carry these projects to fruition, and seeing how popular LEGO CUUSOO is with Japanese LEGO fans, finding enough support for these projects may not be the biggest barrier to overcome.

Back to top
Kollectobil
Blog at WordPress.com.