As it has for the past few years, LEGO will be releasing a set to mark the Chinese New Year in February. As 2018 is the year of the dog, the set for this Chinese New year features a smiling canine on a bed of grass.

As 2017 was the year of the rooster, LEGO released a set of just that earlier this year.

British toy retailer Hamleys will be offering its customers a exclusive LEGO polybag set of a Royal Guard Minifigure. The figure is expected to be priced at a whopping £6, or almost $8.

Hamleys also has a Playmobil Royal Guard available for a quid less. 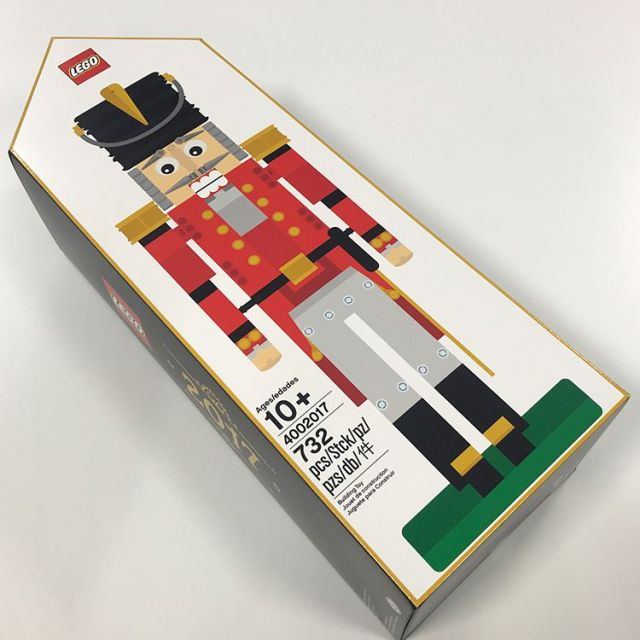 As they do every year, LEGO has presented its employees with a exclusive set as a Christmas gift. This year, employees have received a Technic based, 732 piece, Nutcracker set.

The set also features the mechanism you see in a traditional nutcracker, the lever to open and close the jaws that crack the nut. How effective ABS plastic is at cracking nuts still remains to be seen.

Last year, employees received the 50 Years on Track Set, which featured an assortment of non-scale trains that LEGO had released over the years.

The other Seasonal BrickHeadz for 2018 include a Bunny for Easter, a Witch for Halloween, a Turkey for Thanksgiving, and Mr. and Mrs. Claus for Christmas.

The first LEGO sets based on the upcoming movie of the same title will be released right at the start of the new year, on January 1st.

The latest addition to the Marvel cinematic universe, Black Panther, will be released on February, 16th.

Via The Brothers Brick 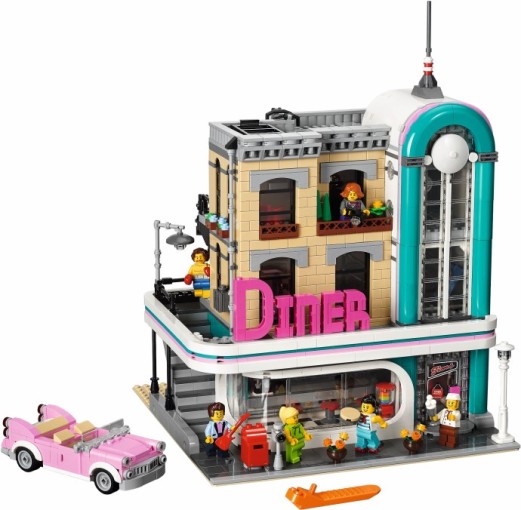 Appealing to a sense of nostalgia (and possibly capitalize on the popularity of the La La Land aesthetic), LEGO has announced a new addition to their Modular Buildings line, a 1950s Downtown Diner.

At close to 2500 pieces, the structure consists of the diner on the first level, a boxing ring on the second level, and a recording studio on the third. Six minifigures are also included, along with a pink convertible.

Targeted primarily at Adult Fan of LEGOs (AFOLs), the set will be priced at $170 and will be released on January 1st, 2018.

The LEGO Idea Review Board has announced the project that was selected, to be put into production as a official LEGO set, from the 2017 qualification period. Out of of the 11 fan created set concepts with more than 10,000 supporters, only the Tron Legacy Light Cycle, designed by a pair from the UK, made the cut.

Given that LEGO already has licensing agreements with Disney, it is not surprising to see that a set based on a franchise owned by the media conglomerate made the cut.

Tron: Legacy was originally released in 2010 and was a sequel to the 1982 movie, Tron. Expect to see the Tron Legacy Light Cycle set out sometime in 2018.

Back to top
Kollectobil
Blog at WordPress.com.