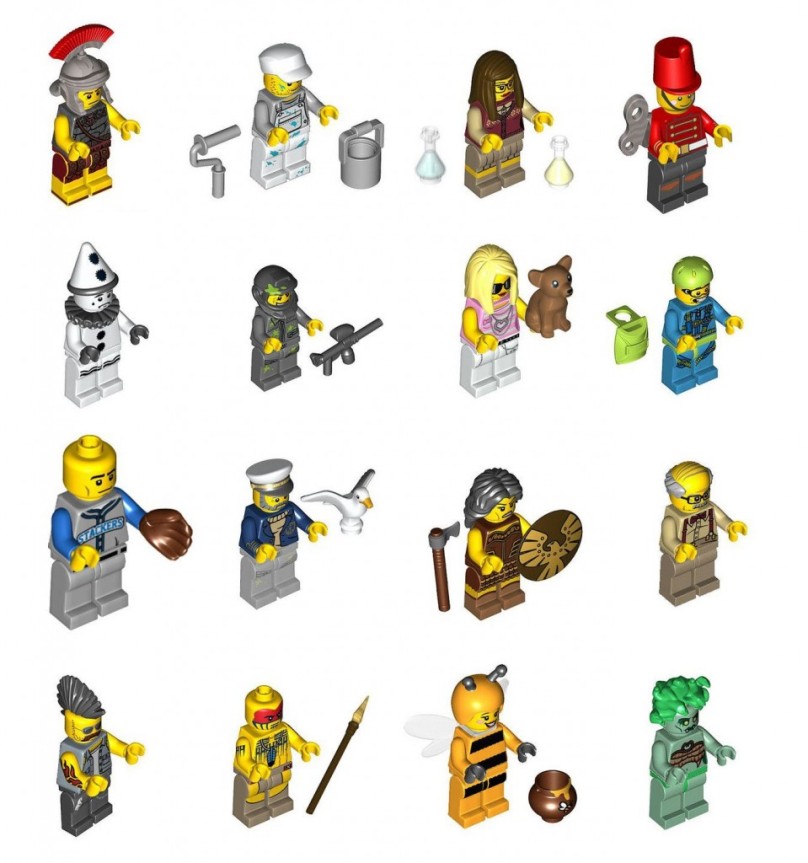 Set for a spring release, the 10th installment in LEGO’s Collectible Minifigures theme will feature a batch of 10 new characters. As usual, LEGO is offering up a diverse mix of minifigures, which includes (as pictured starting from the top row, from left to right):

Series 10 will be available just a few months after the release of Series 9, which was slated to launch in January, 2013 but started showing up on store shelves in December, 2012. Series 10 is also slated to feature gold colored packaging.