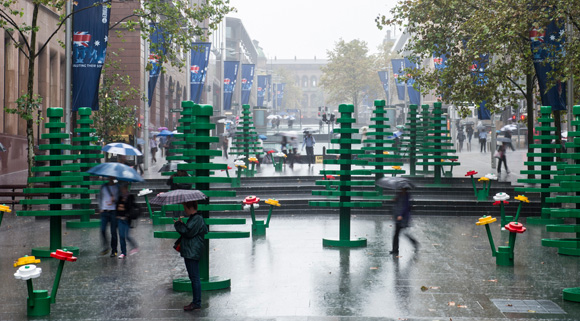 To celebrate 50 years of LEGO in Australia, life sized LEGO trees and flowers turned Martin Place in central Sydney into a forest of ABS.  In fact, to celebrate the 50th anniversary of the LEGO brick in the land down under, a 9 month series of events called the LEGO Festival of Play is happening all across Australia. Running from April to December of 2012, Australians will have plenty of time to participate in the events. The festival might even inspire Aussies to dig out their old bricks, and there are plenty to dig out, considering that the average Australian owns about 70 of them.